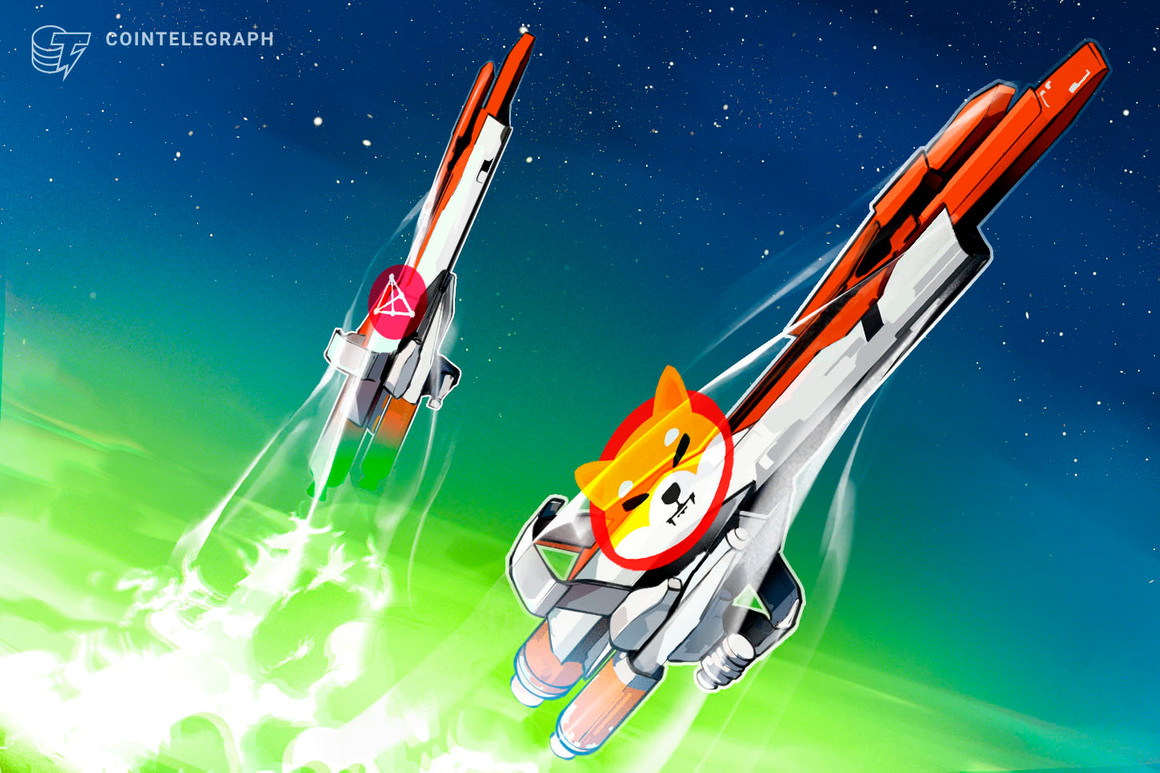 The token prices of Shiba Inu (SHIB) and Chiliz (CHZ) jumped 33% and 26% respectively on Wednesday, following the announcement of the pair’s listing on Coinbase Pro.

Inbound transfers for Shiba Inu and Chiliz were announced alongside Keep Network (KEEP) by Coinbase Pro on Tuesday, June 15. Trading is set to begin on Thursday, June 17, assuming liquidity conditions are met. The trading pairs will launch in three phases: post-only, limit-only and full trading.

Shiba Inu burst onto the scene in late April, seemingly as a bi-product of the attention brought on meme cryptocurrency Dogecoin (DOGE) by Tesla CEO Elon Musk. The token’s imagery features a meme version of the Shiba Inu dog breed, similar to Dogecoin. The token’s dollar valuation, while still well in the sub-cent range, increased by over 2,000,000% in the runup to its recent peak in early May, when it was listed for trading on Binance and other exchanges.

The SHIB valuation climbed from $0.000007002 to $0.000009331 in the hour or so following the Coinbase announcement, and had retained most of its gains one day on, standing as the top gainer among the market capitalization top 100 on Wednesday.

Chiliz followed close behind after its coin price increased from $0.2773 to $0.3495 leading into Wednesday morning, following a sustained 26% surge. Chiliz is the token behind the Socios.com fan token platform which enables the purchase of branded tokens associated with major sports clubs and organizations. Chiliz has recently facilitated the launch of fan tokens in partnership with FC Barcelona, Manchester City and a host of major European football clubs.

The other token lined up for trading on Coinbase, Keep Network, experienced a brief 26% surge as its valuation climbed from $0.49 to $0.62 in the wake of the exchange’s announcement. By the time of publication, it had given up some of its gains on the way back to the $0.56 range.

Keep Network focuses on providing storage for private data on public blockchains. The Keep Network platform comprises off-chain containers for private data which are only accessible via the Ethereum-based KEEP token. The project recently added compatibility for Bitcoin (BTC) users with tBTC — a fully backed ERC-20 version of Bitcoin.

Basic Investing: How to Buy Shares with Trading 212 Invest
Wild swings in mortgage rates last week caused a rare surge in refinancing
Is the economy in a recession? ‘What you call it is less relevant,’ says one economist: Here’s ‘what really matters’
Senate advances reconciliation, impact on muni demand undecided
Venerable municipal statesman Frank Hoadley mourned