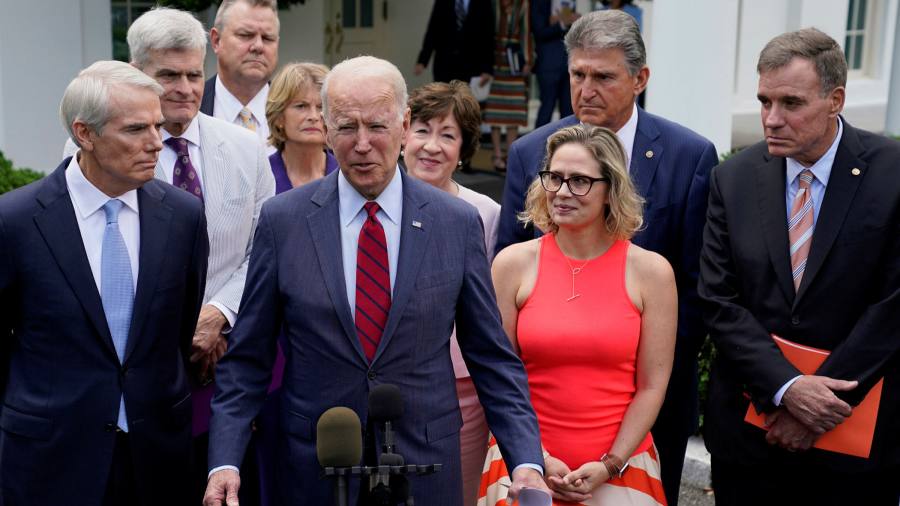 US President Joe Biden said he had reached a deal with a bipartisan group of senators on an infrastructure spending package worth about $1tn, a major step towards enacting one of his top economic priorities.

Biden announced the agreement to reporters outside the White House on Thursday, after meeting with the moderate senators who forged the compromise, including Kyrsten Sinema, the Arizona Democrat, and Susan Collins, a Republican senator from Maine.

“We have a deal,” the president said. “We made serious compromises on both ends”.

The agreement would pump billions of dollars in new federal spending to upgrade US roads, bridges and broadband networks over the next eight years. It falls short of the $2.3tn infrastructure spending plan unveiled by Biden in March, and does not address the $1.8tn in social safety-net spending that the US president proposed in April.

Democrats and the White House hope to approve the rest of their economic agenda using their slim majorities in Congress on a separate track from the bipartisan infrastructure bill negotiated with Republicans.