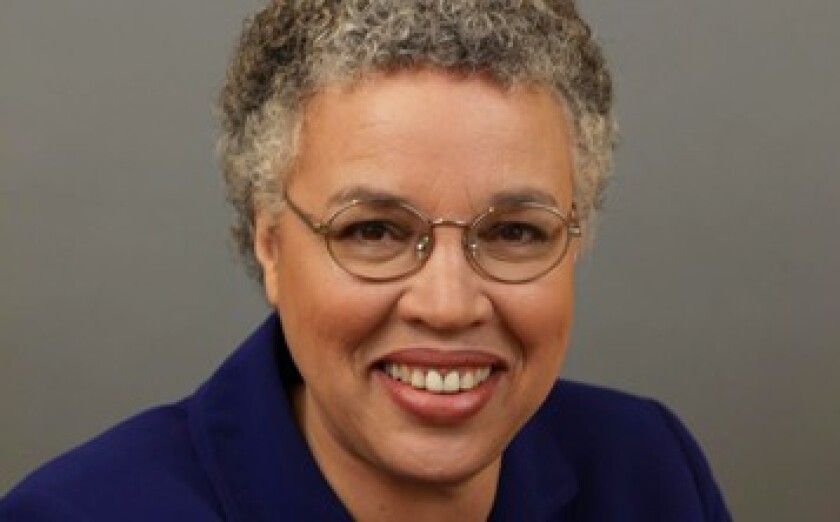 Cook County, Illinois’ pandemic-driven fiscal wounds are on the mend with a surplus now expected this year and $121 million hole to close in 2022 that’s a shadow of last year’s $410 million gap.

“It has been an exceptionally difficult last year but a combination of revenue bouncing back as the county opens up, federal funding and careful budgeting over the last 10 years have us well positioned to bring Cook County back,” said County Board President Toni Preckwinkle.

The projections don’t take into account the county’s $1 billion share of the American Rescue Plan Act. A portion will go to cover the 2022 gap based on prior revenue losses tied to the COVID-19 crisis which Treasury Department guidance considers an eligible use but Chief Financial Officer Ammar Rizki said his team is still looking at eligibility requirements and determining a number.

Preckwinkle left potential tax and fee hikes on the table but none are being proposed yet and no layoffs are expected. In fact, the county plans to use a portion of its ARPA dollars to add to the employee rolls as the pandemic slowed hiring and resulted in some layoffs.

“It remains to be seen where we’ll end in our formal budget presentation,” Preckwinkle said during a briefing on the preliminary 2022 gap and 2021 update with the finance team Thursday.

The $121 hole assumes a $60 million deficit in the general fund, down from $222.2 million last year at this time. The hole has driven higher personnel and other expenses. Revenue growth of $80 million will help offset $140 million of higher expenses.

The health fund accounts for the other $61 million of the total $121 projected deficit, down from $187 million last year and due mostly to natural growth in pharmacy, lab and personnel expenses totaling $443 million. Growing revenues of $382 million offsets all but $61 million of higher costs. Expense pressures also factor in the expectation that higher federal healthcare reimbursements now in place due to the pandemic will expire in 2022.

Cook, which is home to Chicago and is the second largest county nationally, operates on a roughly $6.9 billion budget that includes a $5.5 billion operating budget that incorporates both its general fund and healthcare fund. Preckwinkle will unveil the next budget in October and after a series of public hearings the board will cast its vote in November.

The combined gap heading into 2021 of $410 million was the highest since the projected 2011 shortfall of $487 million. Preckwinkle took office in 2010. The figure also marks a sharp contrast from the $18.7 million predicted heading into 2020.

The county closed last year’s $400 million hole in the general and health system funds through cuts, federal funds, a draw on its $400 million of reserves and other measures. Higher-than-expected revenues from recreational cannabis, gaming, and online taxes also helped close the gap and the county funneled an additional $40 million to the health system and renegotiated health reimbursement rates.

The deficit stemmed from both COVID-19-related wounds to tax revenue and rising structural expenses.

The county current year picture is brighter as it’s now on track to close out the current fiscal year Nov. 30 with a $59.7 million surplus in its general fund due to $14.5 million of additional revenue and $45.2 million of savings as hiring was slowed and CARES Act and FEMA aid that has covered some expenses.

Separately, the health fund expects to close fiscal 2021 with a $30.6 million balance due to higher patient fees, personnel and vendor contract savings, and FEMA reimbursements.

The surplus will go back into the county’s reserve to cover a portion of the $77 million draw made to trim the gap heading into fiscal 2021, Rizki said during a reporter briefing on Wednesday with Preckwinkle, budget director Annette Guzman, and manager of financial planning and analysis Dean Constantinou.

The county also on Thursday laid out a framework for spending the $1 billion of ARPA funds. Suburban Cook municipalities will receive another $256 million and smaller communities known as non-entitlement units under ARPA will receive $742 million. The county received $429 million from the CARES Act signed in March 2020.

The county stayed the course for 2021 with supplemental pension contributions under an intergovernmental agreement with its pension funds. The county will make a $342 million supplemental payment into the system above the $200 million scheduled payment based on a statutory formula in 2021.

The unfunded actuarial accrued liabilities totaled $6.97 billion for funded ratio of 61% in 2019. The county has made $1.6 billion in supplemental contributions since 2016 with revenues collected from a sales tax hike. The county and its pension fund and labor are still working on state legislation that would cement the new funding structure into law.

S&P Global Ratings lowered the county’s general obligation rating on $2.8 billion of debt to A-plus from AA-minus last year January. The outlook was revised to negative from stable in May 2020. Fitch Ratings rates Cook County A-plus with a stable outlook. Moody’s rates the county A2 with a stable outlook. The county also has about $400 million of sales tax bonds that are rated AAA and stable by Kroll Bond Rating Agency and AA-minus and stable by S&P.