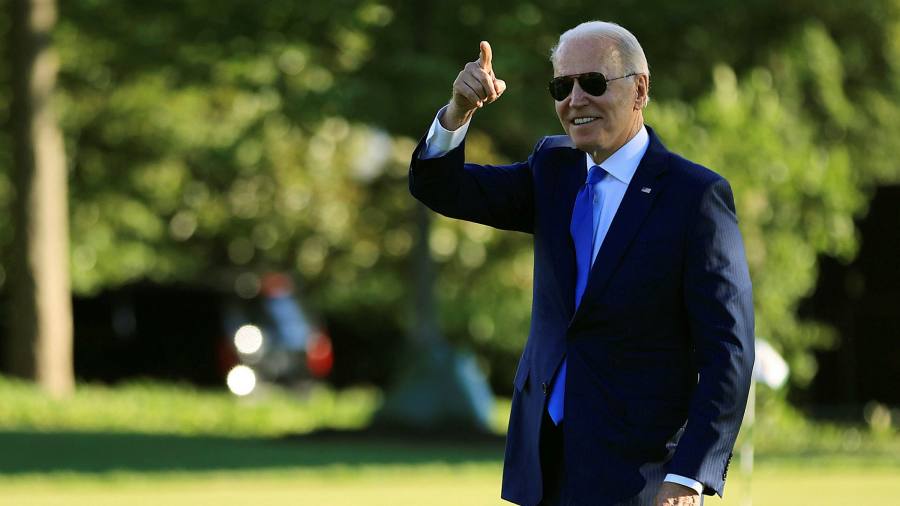 US president Joe Biden has walked back his threat to refuse to sign a $1tn bipartisan infrastructure deal unless it is accompanied by a larger and more comprehensive spending package, in a sharp U-turn by the White House just two days after reaching the landmark cross party deal.

The abrupt shift from Biden came after Republicans balked at the US president’s insistence on Thursday that the fate of the two pieces of legislation be tied together. The budding rebellion was emerging as a serious threat to the agreement reached just two days ago and celebrated by the White House as significant step towards enacting to its economic agenda.

“At a press conference after announcing the bipartisan agreement, I indicated that I would refuse to sign the infrastructure bill if it was sent to me without my Families Plan and other priorities, including clean energy,” Biden said in a statement on Saturday.

“That statement understandably upset some Republicans, who do not see the two plans as linked,” he added. “My comments also created the impression that I was issuing a veto threat on the very plan I had just agreed to, which was certainly not my intent.”

Biden’s move to quell the furore highlights the tricky balancing act that the president, staff in the White House and allies on Capitol Hill must perform to pass the rest of his economic proposals, which are worth trillions of dollars in new investments and are accompanied by tax increases for wealthy individuals and corporations.

The comments on Thursday also marked a significant mis-step by a president who has touted his more than 40 years of experience legislating in Washington as one of his key qualities.

His initial attempt to link enactment of the $1tn infrastructure deal reached with Republicans to the passage of a broader spending bill supported by Democrats alone — though a parliamentary process called “reconciliation” — had cheered progressives. They feared that the political momentum for their priorities would fade once the bipartisan deal was struck.

But Republicans, including some who had indicated they would support the infrastructure package, do not want to be associated with Biden’s larger spending plans and his planned tax increases.

“No deal by extortion!” Lindsey Graham, the Republican senator from South Carolina, tweeted on Saturday. “It was never suggested to me during these negotiations that President Biden was holding hostage the bipartisan infrastructure proposal unless a liberal reconciliation package was also passed.”

Even though Biden — who is spending the weekend at the Camp David retreat in Maryland — said the two bills would not be paired, he insisted he would still “work hard” for both to be passed.

“I ran a winning campaign for president that promised to deliver on both. No one should be surprised that is precisely what I am doing,” he said.

California city plans sales tax measure to pay for infrastructure, essential services
Venerable municipal statesman Frank Hoadley mourned
Truss rejects ‘handouts’ in favour of tax cuts to help households
A slice of the punk: Cryptopunk NFT to be split into 56,000 pieces
As climate change threatens more homes, some properties are getting too costly to insure