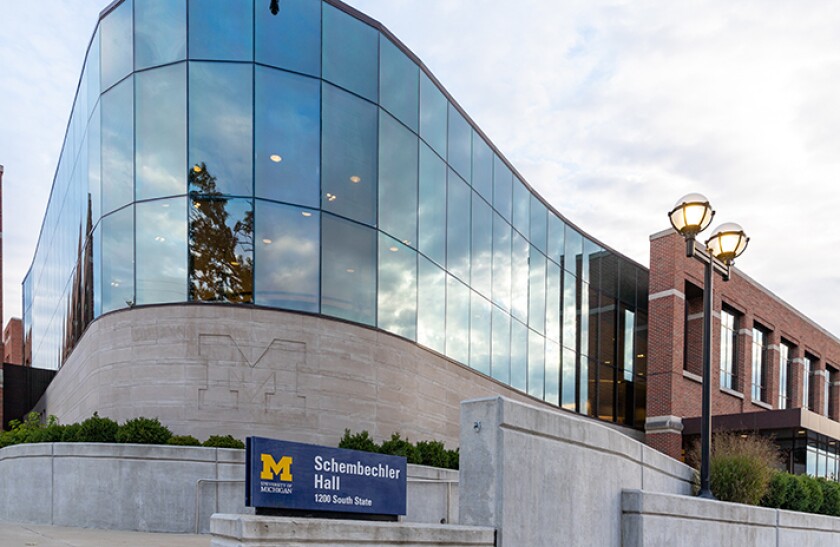 The University of Michigan’s healthy balance sheet puts it in a strong fiscal position to manage the cost of a $490 million legal settlement for abuse allegations against a former sports doctor, but it’s too early to assess whether its top ratings will escape future fallout.

Rating agency analysts will have their eye on more than just the near-term balance sheet impact as the scandal could cause reputational damage that harms enrollment, fundraising, and other metrics considered in a credit profile.

“While $500 million is in no way an insignificant figure, UM maintains more than sufficient unrestricted liquidity to cover it,” said Jessica Wood, sector head for education at S&P Global Ratings.

The university benefits from total daily available resources of $3.5 billion and endowment investments that exceed $17 billion. The wealth helped the school manage the COVID-19 pandemic’s early revenue blows to room and board and its health system.

“It often takes a bit of time to get an accurate representation of potential credit exposure,” Wood said. “We will assess how this event potentially impacts UM’s brand and reputation including fundraising, enrollment and demand during the upcoming enrollment cycle; and any undefined financial obligations due to ongoing litigation and possible additional litigation.”

The university and attorneys who represent more than 1,000 claimants that accused Dr. Robert Anderson, who died in 2008, of abuse announced the settlement Wednesday, bringing to a close mediation that began in October 2020.

Final approval is pending a Board of Regents vote and approval by 98% of the claimants. U.S. District Court Judge Victoria A. Roberts who presides in the Eastern District of Michigan must also sign off. About $30 million of the funds would be set aside for future claimants who choose to participate before a July 31, 2023, deadline.

“The settlement will be paid from university reserves and insurance proceeds. Over the years the university has built up reserves from a variety of funding sources,” university spokesman Rick Fitzgerald said in an email.

“The university will use these funds — excluding tuition and student fee receipt, gift receipts and state appropriation receipts — to supplement insurance proceeds to cover the costs of this settlement,” Fitzgerald said.

The settlement announcement came just a few days after the university board removed president Mark Schlissel due to an alleged “inappropriate relationship with a university employee,” according to the school.

Separately, Michigan State University had its own issue, and in 2018 suffered one-notch downgrades from Moody’s and S&P tied to fiscal and reputational strains over the Larry Nassar sexual abuse scandal. Nassar, a team doctor for the university, sexually abused student-athlete gymnasts. The school in 2019 borrowed to help cover a $500 million legal settlement that resolved many cases.

Anderson was director of the UM’s health service and was a physician for several school athletic teams from 1966 until he retired in 2003. The alleged abuse occurred during sports physicals and exams.

“They might be able to absorb the settlement financially” but questions will remain over whether the tarnish of the scandal will cause “any reputational damage over time” on fundraising, enrollment and the ability to attract top professors, Osborn said. If there are eventual signs of such damage over time “that could impact credit quality.”

Moody’s and S&P last affirmed the university in June 2020.

UM is based in Ann Arbor and operates three campuses with a total student population of 48,000. It is one of 15 public universities in Michigan.

UM’s key credit challenge is a high reliance on patient care revenue through Michigan Medicine which exposes the university to revenue and operating pressures from regulatory and government payer changes, Moody’s said.

The university has about $3.3 billion of debt including commercial paper and capital leases, according to S&P.

Existing home sales fell in April to the lowest level since the start of the pandemic
Trump pays $110,000 fine but must do more to lift contempt order, New York AG’s office says
Buyers are making concessions to nab a home. Here’s what they’re doing
China seeks more island security pacts to boost clout in Pacific
Impressive 140-Acre Estate In The Heart Of Virginia Asks $11 Million