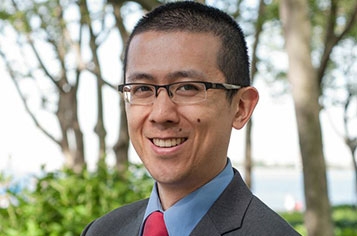 State and local governments are poised to withstand some of the Omicron-related economic damages thanks to more robust rainy day funds and billions of unspent federal aid, industry experts believe.

“It’s continuing, unfortunately, and we’re in the middle of another surge right now,” said Eric Kim, senior director at Fitch Ratings, at the Volcker Alliance and Penn Institute for Urban Research’s Special Briefing: 2022 Outlook for States and Cities. “There’s the potential that it has deeper economic consequences than we’re currently expecting, or that we get something like a more dangerous variant in the future.”

However, Kim said the federal aid provided to states and local municipalities in 2021 provides a “pretty important fiscal cushion” in 2022.

Most of the $350 billion provided to U.S. territories, states, and local and tribal governments as part of the American Rescue Plan has yet to be used, he said.

“Just a fraction of that has actually been spent,” Kim said. “So it’s a very useful contingency for governments.”

Passed in March 2021, the American Rescue Plan Act featured $350 billion in direct aid in the State and Local Fiscal Recovery Fund, marking the third of three stimulus packages since the onset of the COVID-19 pandemic. The money has to be spent by the end of the 2024 calendar year. The funds featured fewer restrictions than previous federal aid, though several states have challenged Treasury’s requirements for the use of the funds.

In the near term, the ARPA dollars are going to be sitting on balance sheets ready to be deployed if some of the downside Omicron-related economic risks become reality, Kim said.

Moreover, many state and local governments have rainy day funds and other cash reserves set aside for use during unexpected deficits and economic downturns.

DeKalb County, Georgia, Commissioner Larry Johnson noted that cash reserves have grown and many counties are better prepared now than they were following the Great Recession.

“We came out of the Great Recession where we lost 50% of home values. So you could imagine how that was a deficit,” Johnson said at the same panel. “But now fast forward today, we have about $125 million cash reserve, ready to help us as we deal with being in the throes of life and recessions.”

States, too, are reporting more robust revenues and cash on hand. Just this week, New York Gov. Kathy Hochul recently proposed setting aside more funds to fill the state’s budget reserves, with plans to have 15% of the state’s operating budget available in case of future emergencies.

On the revenue side, Kim said states that rely heavily on capital gains taxes may suffer if inflation leads to dramatically higher interest rates, which, in turn, leads to a stock market selloff. Property taxes may also be vulnerable, particularly in areas where growth in assessed values or property taxes are restricted. These are an important income source for local governments and prevent growing housing prices from passing through into state revenues, according to Kim.

On the expenditure side are rising wages and higher inflation costs that have to be baked into state and local government spending, he said.

For cities with large downtown office quarters — like New York and Chicago — they are still lagging in terms of employment recovery, and their commercial real estate valuations have seen some declines and remain vulnerable as companies and office workers have been slow to fully return, Kim said.

Other localities in less densely populated areas have benefited from the shifts to a hybrid work environment, and Kim said 2022 is going to be an important year to see how those start to shake out over the long term. The way this plays out on the local government side is location-specific.

In Austin, Texas, overall assessed values continue to increase despite offices still being below the pre-pandemic capacity. Property taxes are the key revenue source, so the city anticipates continued revenue growth, Kim said.

Conversely, in New York City, commercial real estate is more important to the tax base, meaning the city is actually anticipating a decline in property tax revenues and overall assessment, he said.

“You can’t really predict the future because the economy is not based on the normal factors that we normally base it on. The pandemic has shown that it’s a much different type of atmosphere than it was in the past,” Johnson said.

Earlier this week, Treasury Secretary Janet Yellen told U.S. mayors that “Omicron could have derailed the economy,” but thanks to billions in federal stimulus aid, “when Omicron started spreading around our cities it did not find them broke and broken. It found them much readier to respond.”