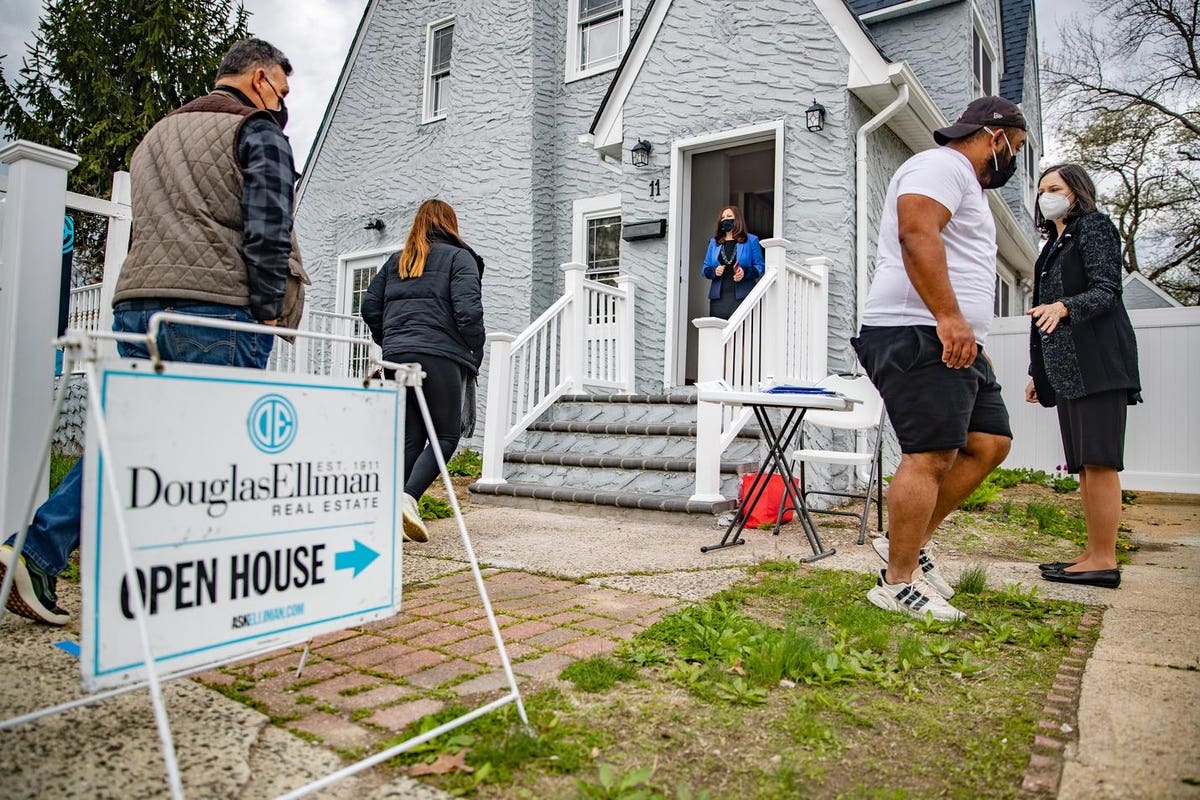 Pending home sales slipped in April as contract activity decreased for the sixth consecutive month, the National Association of Realtors reported. Only the Midwest saw signings increase month-over-month, while the other three major regions reported declines. Each of the four regions registered a drop in year-over-year contract activity.

The Pending Home Sales Index (PHSI), a forward-looking indicator of home sales based on contract signings, slid 3.9% to 99.3 in April. Year-over-year, transactions fell 9.1%. An index of 100 is equal to the level of contract activity in 2001.

“Pending contracts are telling, as they better reflect the timelier impact from higher mortgage rates than do closings,” said Lawrence Yun, NAR’s chief economist. “The latest contract signings mark six consecutive months of declines and are at the slowest pace in nearly a decade.”

With mortgage rates rising, Yun forecasts existing-home sales to wane by 9% in 2022 and home price appreciation to moderate to 5% by year’s end.

He said, “The escalating mortgage rates have bumped up the cost of purchasing a home by more than 25% from a year ago, while steeper home prices are adding another 15% to that figure.”

In some cases, these higher rates increase mortgage payments by as much as $500 per month. Yun notes that such price hikes are already a burden, but they become even more problematic to a family on a budget contending with rapid inflation, including surging fuel and food costs.

“The vast majority of homeowners are enjoying huge wealth gains and are not under financial stress with their home as a result of having locked into historically low interest rates, or because they are not carrying a mortgage,” explained Yun. “However, in this present market, potential home buyers are challenged and thus may attempt to mitigate the rising cost of ownership by opting for a five-year adjustable-rate mortgage or by widening their geographic search area to more affordable regions.”

Yun notes that more work-from-home opportunities have allowed would-be buyers to expand their home search. There are scenarios in which the market soon improves for buyers, as well, according to Yun.

“If mortgage rates stabilize roughly at the current level of 5.3% and job gains continue, home sales could also stabilize in the coming months,” said Yun. “Home sales in 2022 are expected to be down about 9%, and if mortgage rates climb to 6%, then the sales activity could fall by 15%.

“Home prices in the meantime appear in no danger of any meaningful decline,” he noted. “There is an ongoing housing shortage, and properly listed homes are still selling swiftly – generally seeing a contract signed within a month.”

“As we look ahead to the summer months, we continue to expect year-over-year declines in total pending home sales after the extremely hot market we witnessed in the summer of 2021,” said Ruben Gonzalez, chief economist for Keller Williams.

He expects to see inventory to accumulate slowly toward more normal levels and away from the unprecedented lows of the last couple of years.

“Recently, the average 30-year fixed rate mortgage appears to be leveling off around 5.25%, a full 2.25% above where rates were last year,” said Gonzalez. “These higher rates will be weighing on demand going forward, however, the market seems well-positioned to absorb the impact so far.”

Last week’s housing data from Realtor.com showed the biggest-ever annual increase in for-sale inventory, which means more options for home shoppers who are able to persist in the face of continued double-digit asking price growth.

“The real estate refresh continues, building on the past two weeks of momentum with active listings’ biggest year-over-year jump in our data history,” said Realtor.com chief economist Danielle Hale. “And as the number of new sellers also keeps rising, last week’s data suggests that more increases may be ahead.”

She added, “Recent inventory improvements are expected to eventually tip market conditions in a buyer-friendly direction, and one we expect to provide relief from surging asking prices later in the year. With nearly three-quarters of this year’s sellers also planning to buy a home, the rise in new listings may kick-start a virtuous cycle, reinforcing the trend by attracting even more homeowners into the market. Put simply, what’s good for the buyer is also, in many cases, good for the seller.”