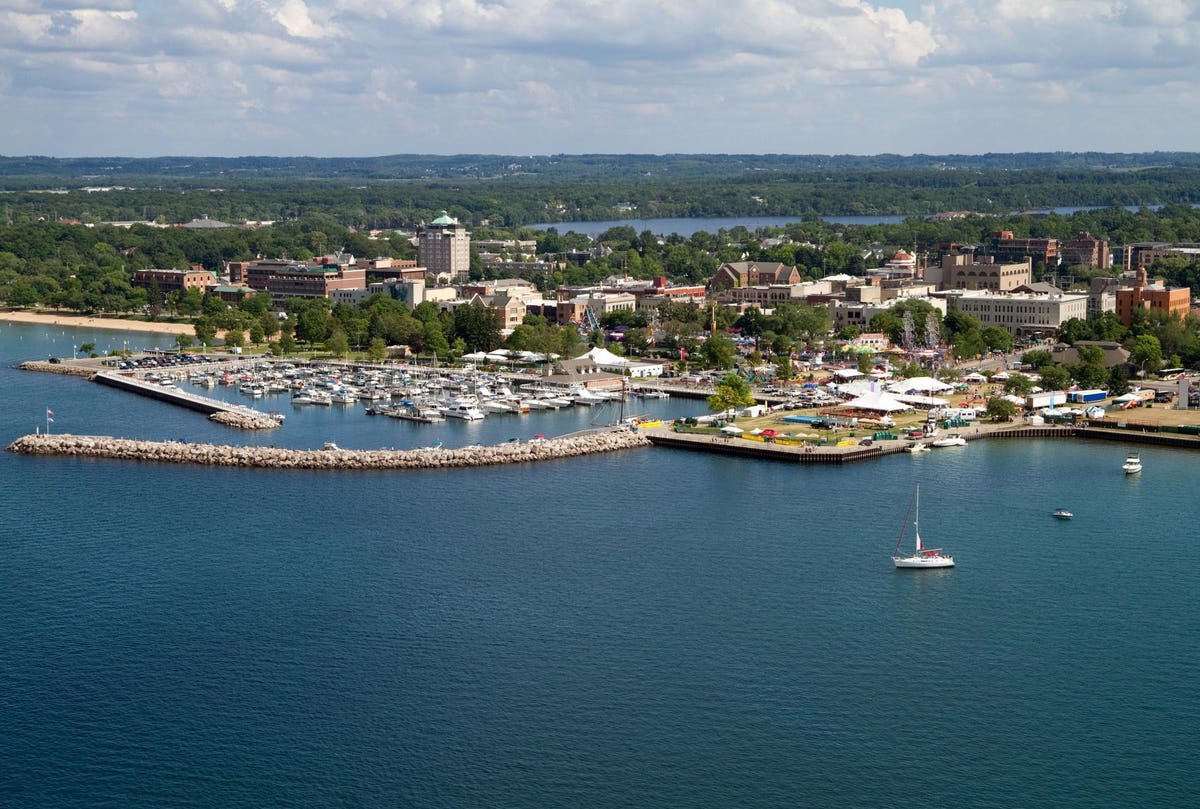 With its picturesque lakeside setting, nearby ski areas and rustic wineries, Traverse City has all the makings of a proper vacation town. Even the name of the small Northern Michigan region implies a limited stay, a passing through.

Past accolades awarded to the town reinforce this status as a travel destination— Oprah Magazine’s “Best Winter Getaways,” U.S. News & World Report’s “Top Lake Vacations in the U.S.” or Thrillist’s “Must Visit Small Town in Michigan,” to name a few.

But while Traverse City continues to garner such merits and remains one of the best getaways in the country, more recently, an increasing number of people are turning from tourists to full-time residents, according to Jay Hidgon of Traverse City-based luxury brokerage Autograph.

“For a long time, Traverse City was basically a kind of resort area that was predominately geared toward tourists. But we’re seeing an influx in people wanting to take up full-time residency,” Higdon says.

Over the last 30 years, the population of the Traverse City micropolitan area, which encompasses a number of villages and townships, has grown roughly 45%. In addition to population growth, Higdon says wealth and age demographics have shifted as well. “It’s becoming a nice little healthcare tech hub, and so we’re seeing the demographic slightly shift from middle to upper income and from older down to more millennials: 25 to 45.”

Although the town may be changing, the staples that have long defined it remain, including a fun yet serene shoreline, an abundance of cherries and a scenic setting for each season.

The real estate stock consists mainly of single-family homes, although an increasing number of condo and townhome listings are also available in the downtown area.

A few standout architectural styles make up the bulk of homes in the area, the most being craftsman, lake cabin and modern ranch. Still, many outliers are present, including contemporary, minimalistic designs.

On larger lots, particularly on the edge of town, properties can be outfitted with equestrian stables. Also located on these spacious lots is the occasional vineyard for sale.

In addition to the lakeside homes, charming riverfront properties can also be found along the Boardman River, which runs through downtown.

According to data from the Zillow Home Value Index, the typical home value in Traverse City is $432,819. That’s a 20.4% increase over the past year.

Despite the rising prices, Higdon says a wide range of housing options are available at all price points.

“There’s really everything here. You’ve got $200,000 country homes and affordable housing in the surrounding areas, all the way up to $10 million to $20 million luxury estates.”

As with other lakeside markets, waterfront properties make up some of the most expensive listings in the area. “The average lakefront property near town is going to be around $2.5 million to $3 million.”

“It’s a four-season area,” says Higdon. “It’s kind of like a mini-Aspen without the prices associated with it.”

Year-round recreation continues to be a significant draw for many homebuyers who enjoy an active lifestyle without having to sacrifice tranquility.

Watersports, including boating, fishing and skiing, are particularly popular as well as hiking, horseback riding and biking.

A number of town events are held throughout the year, perhaps most notably the National Cherry Festival, which welcomes roughly 500,000 visitors over eight days. The almost hundred-year-old summer festival features rides and attractions, live performances and, of course, cherries.

Over 40 wineries can be found across the Traverse City region, producing a variety of wines from rosè to pinot noir to chardonnay.

Schools In And Around Traverse City

A number of private schools, both religious and nonreligious, are also available to Traverse City residents. These schools range from the more traditional like St. Francis High School, a Roman Catholic school founded in 1877, to alternative education options like the Pathfinder School, which boasts a 22-acre lakeside campus.

The Canadian border at Sault Ste. Marie is less than three hours away.