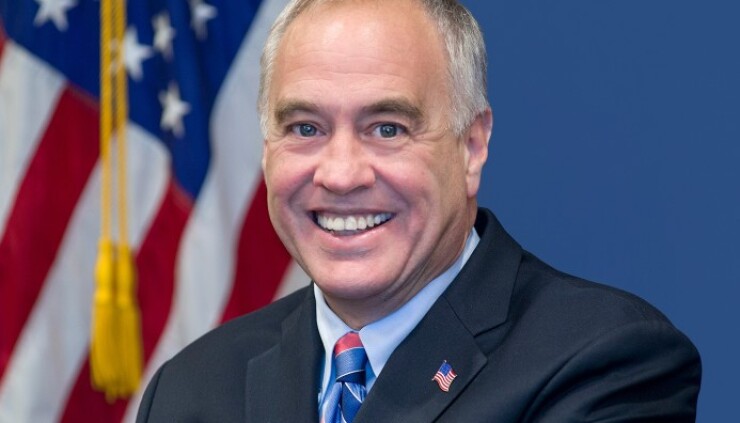 Despite a negative return in the latest quarter, New York State’s retirement fund is “built to weather the ups and downs of the markets,” even with an investment environment termed “challenging,” according to New York State Comptroller Thomas DiNapoli.

The New York State Common Retirement Fund’s estimated value at the end of the second quarter of fiscal 2023 was $233.2 billion, he said Tuesday.

For the three-month period ending Sept. 30, fund investments saw a negative 3.85% return, well below the fund’s long-term expected rate of return of 5.9%.

“The recent volatility in the markets and concerns over the state of the economy have hit investors hard,” DiNapoli said. “Inflation and supply chain issues are continuing to impact the financial world and we expect a challenging investment environment for the foreseeable future.”

Still, he noted, the fund is “highly diversified and built to weather the ups and downs of the markets. Our pensioners and members can remain confident that their benefits are safe.”

DiNapoli is fiduciary for the state Common Retirement Fund, the third largest in the nation.

As of Sept. 30, the fund had 42.33% of its assets invested in publicly traded equities. The remaining fund assets were 22.62% invested in cash, bonds and mortgages, 15.29% in private equity, 13.53% in real estate and real assets and 6.23% in credit, absolute return strategies and opportunistic alternatives.

The estimated value reflects retirement and death benefits of $3.745 billion that were paid out during the last quarter. Its audited value was $272.1 billion as of March 31, the end of the state’s 2022 fiscal year.

A separate report released by DiNapoli on Tuesday showed the state’s workforce declined by 1% between 2011 and 2021 even as the workforce increased 5.1% nationally during that period.

Looking at long-term trends, the report said a rebound in the state labor market took place in the second half of the last decade before falling dramatically after the COVID-19 pandemic hit.

New York continued to lose workers in 2021 when the rest of the nation began to recover from the pandemic. While the workforce began growing earlier this year, it is still 400,000 below the state’s peak in December 2019.

DiNapoli’s report found the long-term decrease was mostly due to declines in population and the share of people participating in the workforce.

In 2021, there were over 9.4 million people in the labor force in New York, which accounted for 5.8% of the national workforce, the report said, ranking it fourth behind California, Texas and Florida.

However, while these other states realized labor force growth over the past 10 years, New York lost over 96,000 workers.

“My report shows troubling long-term trends were exacerbated by the pandemic and may be impeding New York’s recovery,” DiNapoli said. “Challenges may lie ahead that could negatively affect economic growth and state and local tax collections. Policymakers must give attention to policies that foster labor participation and encourage workforce development.”

On Monday, a report released by New York City Comptroller Brad Lander said the pandemic’s lasting change on remote work and office use will remain a challenge for the city’s economy.

In addition, underemployed workers, who are categorized as discouraged, marginally attached to the labor force or underutilized, comprised a larger share of the state workforce at 5.3% than the 4.2% seen in the rest of the nation in 2021. Of the underemployed, almost three-quarters were involuntary part-time workers.

New York ranked third in the nation in bond issuance in 2021. State, city, county and related agencies sold over $48.21 billion of debt last year. That was down from the $57.09 billion the various state and municipal issuers offered in 2020.

“Collectively, these trends suggest that challenges may lie ahead with implications for employment levels, economic growth, state and local tax collections and services supported by those taxes,” DiNapoli said.