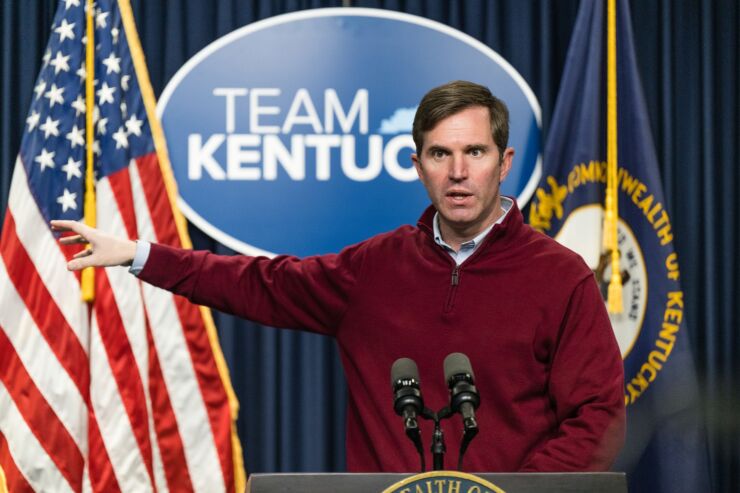 Flood-stricken Kentucky counties still struggling to repair water networks are set to receive $10.6 million in federal assistance to help turn the taps back on, Gov. Andy Beshear said in a press conference Thursday.

“Water and sewage infrastructure will be the largest cost of rebuilding,” Beshear said, revealing the state’s most recent damage assessment for water and waste systems following flooding in late July that claimed 40 lives and destroyed more than10,000 homes was upwards of $1 billion. “The magnitude of damage is significantly higher than just about anything else.”

In Eastern Kentucky, where more loss of life and property was experienced than anywhere else, a “perfect storm” of factors came together that forced water levels of creeks and rivers to all-time highs, according to a report from the Center for Disaster Philanthropy.

The CDP estimates that flooding damaged or destroyed over 100 bridges and “annihilated” the water utility infrastructure for dozens of towns and cities, including major damage to both water and waste systems in Breathitt, Knott, and Letcher counties.

The funds will restore water infrastructure and ensure “safe and adequate supplies” for the estimated 3,600 people still without running water months later by supporting projects to replace water lines, meters, and underground conduits in fifteen of eastern Kentucky’s hardest-hit towns, the governor said.

The new funds represent a fraction of the flood’s total cost of public and private damages and will be added to a much larger pool allocated for disaster relief efforts, including $89.5 million in grants approved by the Federal Emergency Management Agency, $56.4 million approved by the U.S. Small Business Administration, and $12.5 million raised through private donations by the state.

Beshear, pointing out a single bright spot in the bleak damage assessment, noted that the flood has forced Kentucky to pursue needed modernizations to a host of public utilities.

While “it’s going to take years to replace and repair” all the affected infrastructure, the process will “ultimately upgrade” and secure the state’s water systems into the future, he said.