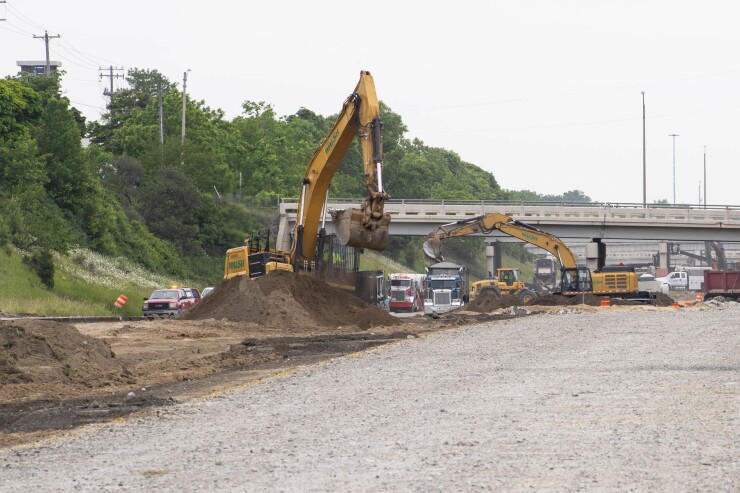 The Michigan Department of Transportation has delayed plans to sell $1.9 billion of trunk line road bonds as it confronts “project cost changes and other pressures.”

In September, the departmentsaid it would tap all $1.9 billion of its remaining borrowing authority under the $3.5 billion Rebuilding Michigan road program with an eye to entering the market the week of Nov. 28.

The state notified the market of a temporary delay in the borrowing in a voluntary notice published on the Municipal Rulemaking Securities Board’s EMMA disclosure website Nov. 28th.

“The issuance of the Series 2022 Bonds has been temporarily delayed as the state evaluates the impact of recent project cost changes and other cost pressures,” the notice says. “The decision as to whether to issue all or a portion of the Series 2022 Bonds will be made by the state, acting through the Commission and MDOT, in its discretion, based on market conditions and other considerations.”

“At this time, the pricing of the bonds is postponed with no specific date announced,” Patrick McCarthy, director of the DOT Bureau of Finance and Administration, said in an email this week.

Inflation has driven up the cost of infrastructure projects andthe cost of borrowing has risen because of a series of Federal Reserve hikes exacerbated by mutual fund outflows.

Wells Fargo Securities and JPMorgan were previously named as senior managers on the $1.9 billion deal with RBC Capital Markets and Siebert Williams Shank as co-senior managers.

The trunk line bonds are secured by a first lien on constitutionally restricted revenues that come from motor fuel taxes, vehicle registration fees, and other transportation-related miscellaneous fees that are deposited into the State Trunk Line Fund.

Gov. Gretchen Whitmer, a Democrat, decided to use bonding capacity to provide transportation spending a jolt after GOP lawmakers who held the legislative majorities rejected her proposed 45-cent per gallon gas tax hike.

Whitmer won re-election in the November contest and has named finding a long-term funding strategy for transportation a top priority. Democrats won legislative majoritiesin November giving her a stronger hand next year as she looks to new funding sources.

Whitmer has taken a gas tax off the table and said in post-election interviews a funding revamp must take into account failing gasoline based tax revenue as the use of electric vehicles grows.

The Mackinac Center for Public Policy and Reason Foundation released a study in March that warned of falling revenue and proposed replacing gas taxes with mileage-based user fees.

“The Michigan DOT’s decision to reassess the costs of its planned projects is certainly in line with recent months’ elevated inflation,” said Ted Hampton, lead analyst on the trunk line bonds at Moody’s Investors Service. “In general, states and larger municipal governments are better positioned to push through and complete essential infrastructure work, despite the adverse cost trends.”

In an August sector report, Moody’s discussed the threats inflation has posed to infrastructure projects with rising construction costs threatening the timing and sizing of projects.  ”Deferring projects or paying materially higher costs is a particular risk for issuers with pressing needs to replace or repair critical infrastructure,” the report warned.

The bonds carry ratings of Aa2 from Moody’s and AA-plus from S&P Global Ratings.

State road spending is benefitting from an infusion of money in the fiscal 2023 budget that raised DOT’s budget to $6 billion from $5.4 billion. The bipartisan Building Michigan Together Plan signed earlier this year also directs $5 billion of one-time investment in transportation, water, and high-speed internet infrastructure projects, and other areas.